This post is the fourth in a series of ten about my experiences at Clarion West Writers Workshop (Wikipedia entry) as a 2008 class member. I’ll talk about the workshop’s second week, when Mary Rosenblum instructed. Here’s Part 1, Part 2, and Part 3 of the series. I ended Part 3 with a picture of Clarionites sailing away from the workshop’s secret space station (in geosynchronous orbit above Seattle) to acquire beer.

Sailing pretty much dominated my mind that week, though it was sailing of the oceanic variety. I was writing my first story for class critique, “Glenn of Green Gables,” which in 2009 I released under a Creative Commons License, so go read it! (A bit of DFW.com publicity about me as a group of four local artists inspired the CC licensing.) The story’s about a crossdresser on a cruise ship who navigates through a love triangle.

Writing “Glenn” made me incredibly nervous. You normally don’t hand a bunch of roommates who are semi-friends, semi-strangers 20-odd copies of 6200 first-person words concerning sex. I’ll confess that my worries notwithstanding, I felt quite haughty those first two weeks, confident that “Glenn” was quite good and confident that some stories turned in by others weren’t. (Little did I know I too would turn in poor stories later.) However, I had no idea what people would assume about my own underpants. Frequently I scuttled into the neighboring dorm room where my friend Pritpaul stresslessly studied Canadian hockey scores, and he reassured me all would be well: no one would pull down my pants without asking first. 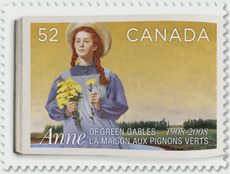 While writing, I periodically updated the dry-erase markerboard hanging outside my dorm room with enigmatic phrases from the story, phrases completely devoid of context. (Future Clarionites: my year, each dorm room had a markerboard outside the door, but they didn’t come with any markers.) So classmates saw such phrases as: “a dolphin perhaps”; “spread gossip about me on the Internet”; “Stallone. Van Damme.”; “Lights brighter than Christmas”; “headed toward Quebec.” People tried to guess what my story was about, and that was pretty amusing in and of itself. Classmate Christopher said my markerboard was giving him story ideas.

About that confidence — one classmate, Caren, said “Glenn” completely thwarted her expectation that I’d turn in something broody. She also pointed out, correctly, that “the Douglas show” was going on constantly in my gear-turning head. I’ll just say that these days I no longer tune in only to myself, and that my Clarion West experience had a lot to do with that. The workshop made me scrutinize other’s narratives and interact with them in person daily; that in part was what raised my general self- and other-awareness.

Looking back at the emails I routinely sent home from the space station, I see that by the start of the second week I already wrote Life here is starting to blur into one endless day, so it’s hard to remember what happened when. That’s ever more true now; writing this is agonizing: everything I post about Clarion West seems utterly banal compared to that summer. A few months back a dental hygienist was scraping her sickle scythe across my gums, and it hurt so bad — as it went, the thing made crunch noises. The hygienist told me to think of my happy place. Well, that was Clarion West. 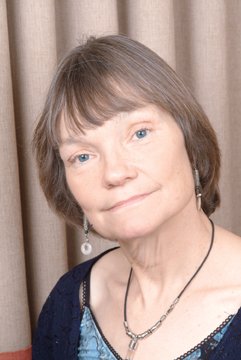 Pretty much the entire class loved “Glenn,” as did our instructor that week, Mary Rosenblum. Mary attended Clarion West herself in 1988; here’s her site, her blog, her Wikipedia entry, an excerpt from the interview Locus Magazine conducted with her, and the opening of her awesome story “Lion Walk,” published in January 2009 by Asimov’s. You might know Mary by her sometimes (open) pen name, Mary Freeman, which she used to write the Gardening Mysteries series.

Here’s some of Mary’s wisdom, according to the paraphrases in my notes. Hopefully I won’t misrepresent anything she said.

Now, the workshopping vibe. Probably Clarion West should take thickness measurements of people’s skin before and after the summer. I toughened up a lot. Also I learned a lot about tact. There are people who busily pat themselves on the back about how they give such ‘brutally honest’ opinions, but that usually makes the critiqued person shut out the critiquer. You can dish it out effectively and respectfully without being a brute. Takes practice, though. The flip side of this: by Week 6 I for one — and maybe only for one — felt that our class had descended too much into lovey-dovey softness. That might have been something idiosyncratic to our class, though, because even the administrators pointed out that our class all got along startlingly well. Most of the time. Sociologists would love Clarion West: a little bit of Zimbardo, a lot of Elysium. Like a reality TV show — only it’s actually real.

Here are some quotes classmates uttered in the course of Week 2’s critiquing.

At the end of the week, we all attended our second party; everybody attends a party each workshop weekend, even Week 6. The parties were fun; some socialized more skillfully than others. All was lovely. But the next week,

This post is the fourth in a series of ten about my experiences at Clarion West Writers Workshop (Wikipedia entry) as a 2008 class member. I’ll talk about the workshop’s...