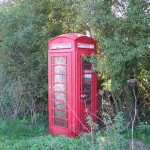 Yesterday (18 June 2010) my friend and I attended the final concert of Guitar Fort Worth‘s sixth season. Texas Wesleyan University hosted the event at Martin Hall as part of their Wesleyan Masters Concert Series. The three classical guitarists pictured above gave the audience a wonderful evening. Will Douglas is on his way to study with Eliot Fisk at The New England Conservatory of Music; Michael Dailey, who started playing at age five and has taken lessons from players such as Andres Ségovia and Pepe Romero, remains impressive as head of household for much Fort Worth classical guitar; Emma Rush, founder and director of the Guitar Hamilton concert series and a top graduate of Hochschule für Musik in Detmold Germany, soon heads for concerts in Canada, Turkey, Mexico, and elsewhere.

Listening, I kept imagining the guitarists as making for us in the audience conversations with their guitars, and I was pleasantly surprised at how closely their personalities and their playing seemed to match. Will Douglas struck me as a fun guy whose performance resembled kind, pleasant talk — especially I’m thinking of the piece he played by Johann Kaspar Mertz, “Lied Ohne Worte”; Michael Dailey gave small benevolent smiles at the conclusion of each piece he played, all of which sounded effortlessly articulate, fluent, and well-spoken, filled with the neat nuances artful speakers include when they converse; and, Emma Rush brought an enigmatic, mysterious, almost secretive touch to her playing that became most exciting when she dazzled us with Jose Luis Merlin‘s “Suite Del Recuerdo.” I’d enjoy hearing any of these three perform again. When it came to a close, I realized the concert had made my world seem to brightly open more widely than before.