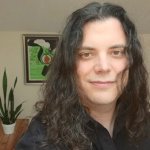 U.S. Customs and Border Protection PDF I obtained in 2014 via a Freedom of Information Act request seeking any and all records referring to Mexican military helicopters or Mexican police helicopters entering U.S. airspace between January 1, 2010 to April 30, 2014. See my article The Counterinsurgency War On—and Inside—Our Borders.

U.S. National Archives and Records Administration PDF I obtained in 2013. Contains the content for these three records from the 1970s about the legal case of George de Mohrenschildt (Lee Harvey Oswald's handler) against the government of Haiti.

PDFs from Austin Police Department regarding the 2011 theft of the truck belonging to Dell director of fulfillment operations John McDonald: a crime report and a search. See my article Stratfor, Where's My Truck?

PDF filing off PACER from Matt DeHart's case. It's the full 15 pages without redactions. The PDF includes an FBI 302 report and other data. See my article Anonymous activist Matt DeHart sentenced to 7.5 years.

2-page PDF of a flyer that was handed out at the March 7, 2018 Behavioral Health Advisory Council meeting in Washington state. The flyer regards changes to the involuntary treatment law for substance use disorder. See my blog post Two surprising statements at Washington’s March 2018 Behavioral Health Advisory Council reveal dehumanization of the vulnerable, show need for solutions.

Ex-WikiLeaker Heather Marsh's letter before action (threat to sue) to the Oxford Union for censoring their own video of her February 2018 whistleblowing panel at the behest of fellow panelist, former Defense Intelligence Agency head and CIA senior management David Shedd. See my article Irony: Oxford Union Won't Release Video of Whistleblowing Panel published in Buffalo's The Public, as well as the information I forwarded to Boing Boing: At ex-CIA panelist's insistence, Oxford Union reneges on promise to upload video of whistleblowing debate.

PDF of Reality Winner's plea agreement filed the day of her August 23, 2018 sentencing hearing, which made it more difficult for journalists to bring this information to the public, as there was no time to read the plea deal in advance. See my article Reality Winner sentenced to 63 months.

4-page PDF of Seattle mayor Jenny Durkan's filed 16 March 2020, signed and dated 14 March 2020, temporary ban on residential evictions for non-payment of rent, until either approx mid April or end of the mayorally proclaimed civil emergency, whichever is first, though this ban may be extended by the mayor at some point. The ban says also that temporarily, no late fees or other charges due to late payment of rent shall accrue during the ban. It's City of Seattle Clerk File 321650. Search Seattle's Clerk files.

On 5 May 2020, Dr Rick Bright filed a whistleblower complaint to the federal Office of Special Counsel. The law firm representing him put an 89-page PDF version of that complaint, with redactions and no exhibits, on their website. I scraped that document and put it here: DrBrightWhistleblowerComplaintRedactedNoExhibits_5May2020.pdf. On the same day, the Washington Post wrote about Dr Rick Bright's whistleblower complaint and that article linked to the Washington Post's publication of many of his exhibits. I scraped that WaPo exhibits document and put it here: DrBrightWhistleblowerComplaintExhibits_WaPo_5May2020.pdf. The WaPo version of the exhibits document stops after the 60th exhibit and is missing some exhibits. I don't know how many exhibits grand total there are in the real version of Dr Bright's whistleblower complaint filed at the Office of the Special Counsel. I made a handy list of which exhibits, 1-60, are included, and which are apparently missing, in the WaPo version. It seems 33 exhibits total are missing. If you search the transcript, at Rev or C-SPAN, of Dr Bright's 14 May 2020 testimony to the federal House (energy and commerce subcommittee on health), for the word 'exhibit', Dr Bright says the full set of exhibits wasn't made public due to privacy and legal concerns, but he also says he'll make the full set available ... but whether that's only to certain/all Congressmembers or also to the rest of us, remains unclear. The documents belong to the public.

Uploaded August 2020: Dr Perry Baird's 1944 study, titled Biochemical Component of the Manic-Depressive Illness and published in The Journal of Nervous and Mental Disease, as an 8-page PDF. Dr Perry Baird is the subject of a fascinating book by his daughter, He Wanted The Moon: The Madness and Medical Genius of Dr. Perry Baird and His Daughter’s Quest to Know Him. His 1944 research, which predates John Cade's experiments with lithium, strongly suggests the importance of the HPA axis in mania and psychosis is being overlooked (and there's perhaps too much emphasis on the role of dopamine). In this connection, note also that benzodiazepines can evaporate manic/schizoaffective delusions very quickly. If anyone has further information about the research references Dr Perry Baird makes at the start of his 1944 study, please get in touch with me by email.

On 13 Aug 2021, The Breach, a Canadian journalism site, published a great investigative article by Fitsum Areguy based on a leaked report they obtained. The leaked report, dated 20 June 2021, was commissioned by the Canadian Executive Service Organization and written by an independent consultant, Sidney Coles. The report was not published by The Breach, but by asking Areguy, I, on 28 Aug 2021, obtained the report and (after wiping the metadata with exiftool) stuck it here: 32-page PDF. In short, the report argues a Canadian government program claiming to introduce so-called feminist priorities to Ethiopia's mining sector has instead created business opportunities for several Canadian mining companies in Ethiopia's war-torn Tigray region. The report also lists Canadian mining companies with active licenses in the Tigray region and notes "it is not uncommon for Chinese-owned companies to seek licenses through Canadian companies under [...] tentacled ownership models because of the relative ease of the bureaucratic process of obtaining licenses through a" country with a reputation for international law compliance. Pointing to "the eruption of violence, the forced displacement of thousands of Tigrayans and the sharp increase in gold revenue [as well as] the abundance of licences that are newly active in the region," the report says "one might draw the conclusion that the upheaval provides cover for the kind of land-grabbing and exploitation that has occurred in the other regions of the world by large mining and petroleum corporations." Since Canadians are, as the report notes, "owners of roughly 70% of all mining interests worldwide" they're beneficiaries of such mining-facilitating violence.

Email: DAL@RISEUP.NET (ask for pgp key or check keyservers if you want encryption)