On October 11 2011, with the help of a friend’s warehouse club card, I purchased 392 20-oz bottles of water (and elsewhere, some gas) using donated money entirely, for the purpose of bringing bottled water to the Occupy Dallas (Twitter) group. I was going to make a table of the ten donation amounts, complete with mean, median, and mode, but my other friend who’s a whiz at statistics told me that with such a sample size, I’d be making a complete fool of myself to post anything other than gross and net. Here you go: $100, $100. 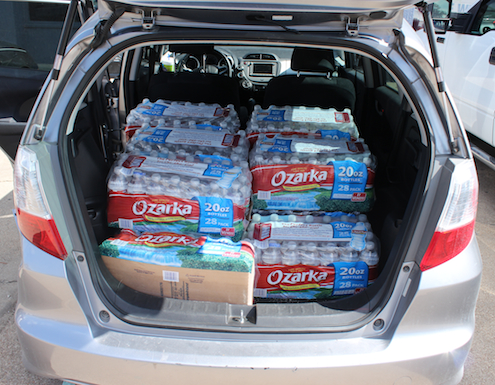 Even the Honda Fit groaned under this water’s weight

Occupy Dallas is part of the larger Occupy Wall Street (Twitter) movement protesting genuine grievances, primarily income inequality and the unethical merger of governments, mega corporations, and big banks. I’ll throw the surveillance shadow state in there as well. If you’re so cozy within your white picket fence that you don’t see a problem, gander at these graphs from Business Insider. 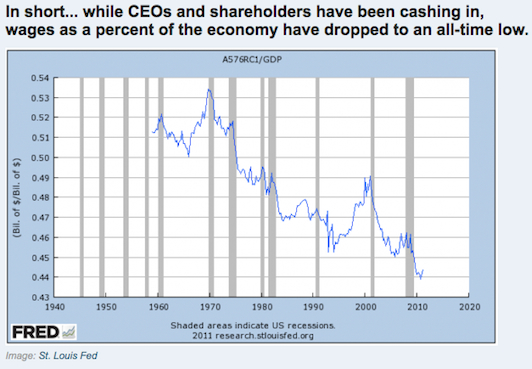 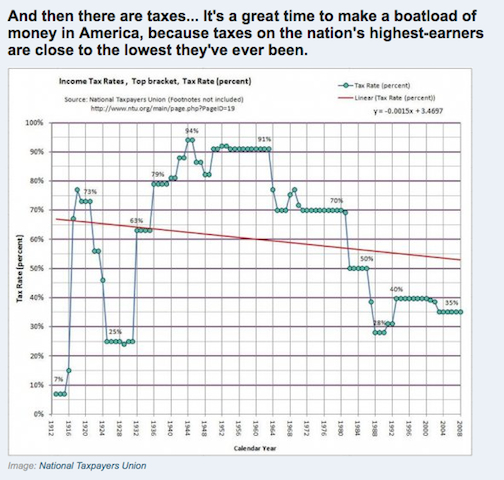 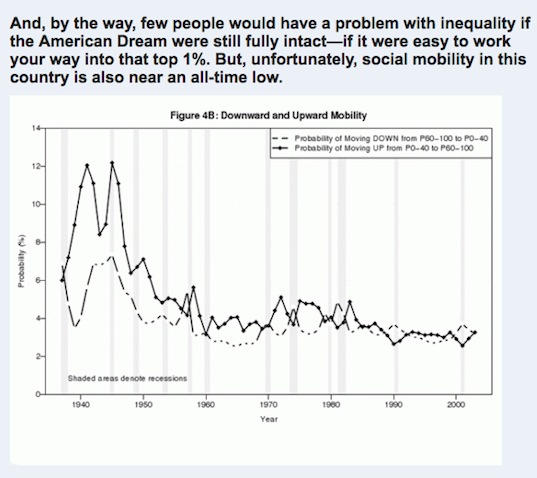 The 99% aren’t asking for equality of opportunity or results.

Still voting Republican? No? Okay, good. Because the right-wing works by convincing enough people who have the resources to take off work and go vote that they, these voters, are the 1%. You too will own yachts! Actually, no, you won’t. Most you might be able to pull off is maintaining your white picket fence (if you have one), or rather, maintaining the bank’s white picket fence — banks own more home equity in the US than individuals do. Meanwhile the Democratic left, that is to say, more or less, everyone else taking traditional politics seriously, gets divided and disorganized arguing over how to best compromise with the 1% to achieve minor reforms — until populism such as Occupy Wall Street gains a loud enough nonviolent voice to bring about real change. 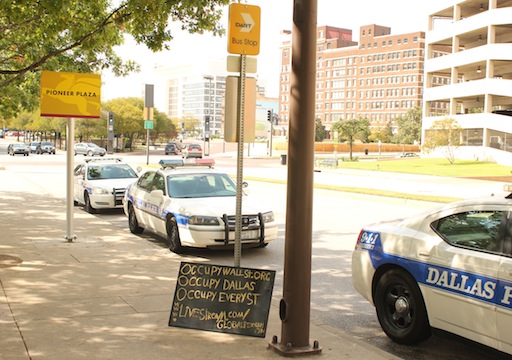 I stopped at Pioneer Plaza (the Dallas Occupation is now moving to City Hall Park) and, as a cop watched, hastily deposited my quarters into the parking meter. Activists at the Occupation then ferried water from my Fit to the supply base faster than I could pull my camera out. Peeps were thirsty. :-( 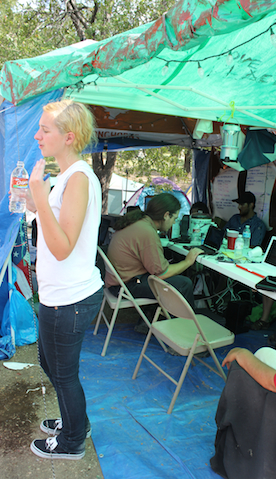 I had a minute to chat with the woman I understood to be Whytney (pictured left?), a leader there who is, I think I overheard, the chief operator of the OccupyDallas Twitter account. (Also: thanks to OccupyDallasCOS, OccupyDallasEMS, and CinnabarSweets for helping me out with some logistics.) I asked for, and quickly received, a list of other items — chairs, C-size batteries, walkie-talkies, shelving, ice, and more — that the 500-or-so people of Occupy Dallas desperately need. Working on that list now, y’all; I’m gathering donors.

Speaking of donations: hopefully, you’re now asking yourself how you can pitch in. There are plenty of ways. 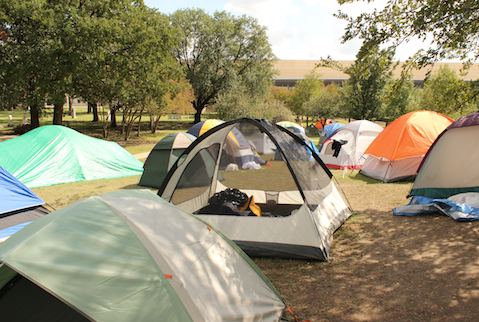 The people united (in Dallas!) will never be defeated!

On October 11 2011, with the help of a friend’s warehouse club card, I purchased 392 20-oz bottles of water (and elsewhere, some gas) using donated money entirely, for the...