This post is the seventh in a series of ten about my experiences at Clarion West Writers Workshop (Wikipedia) as a member of the 2008 class. I’ll talk about Week 5 of the workshop, when Sheree R. Thomas (New Book: Shotgun Lullabies; Wikipedia; Blog; NYT piece; NPR talk; Strange Horizons interview) instructed. Here are Parts 1, 2, 3, 4, 5, and 6 of the series. In Part 6 I discussed Connie Willis‘s week (Week 4) and ended by noting my hopes for seeing my Clarionites soon. Indeed, in this post I’ll talk some about the #CW08beach reunion my class held in October 2011!

Sheree attended Clarion West in 1999, a year when, someone said (someone — my notes are unclear), the workshop got intense with pregnancies, people not showing up, manuscripts thrown angrily across the room at their authors, divorces, etc. Clarion’s not really for the faint-hearted; yet, deep-down, writers are faint-hearted folks. So the space station (Clarion West takes place on a secret orbital above Seattle) gets very pressurized. 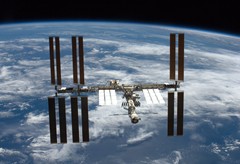 During her 1999 year, for whatever reason, some students begged Chip Delaney to tell them if they “were” any “good.” Apparently Delaney didn’t want to do that, but eventually acquiesced because his experience as an MFA teacher (if I recall Sheree’s comments correctly) led him to believe it was bullshit to take people’s money for years and just feed them hot air the whole time. Delaney gave students the option of not hearing his opinion. (I’d flip a coin. Because you have to learn not to care.)

Early on, Sheree said she wasn’t going to “redline” anybody, because just one person’s opinion doesn’t mean jack, and because there’s no necessary connection between how well someone writes at Clarion and how well they do after Clarion.

How did I do at Clarion West? I wrote two great short stories there (here’s the finished Glenn of Green Gables), one kinda bad story, and grew up a lot, learned stuff. How have I done after? I’ve written 50-something lifestyle/infotainment pieces for CBS News, completed 3 really good new short stories and drafted 5+ more, sold zero of them (though they’ve earned a few Euros through Flattr), and blogged about 100 posts here (also earning a very few Flattr tips). I’m usefully obnoxious on Twitter, where manuscripts don’t fly across the room but subpoenas do; I haven’t earned one yet. It’s all a bit frustrating, though fun. In the time it’s taken me to write these seven posts, I’ve gotten married and am getting divorced; the main payoff of the marriage was growing a spine. Especially now as I live with roommates in a cheap, freezing-cold place that resembles some sort of heavy metal dungeon, and forage for necessary medications like a hunter-gatherer going after berries, I have become downright mean in a way I never anticipated.

Once I wrote this!

Back to Sheree. With the possible exception of Paul Park, she was the most blunt of our instructors, which I thought was great. At “infamous Week 5,” most Clarion classes descend into mayhem. Week 5 took our class and amalgamated it into a giant pile of snuggle. Which mostly was great (see below, our reunion, after all), but the quality of the critiquing by classmates went downhill. Sheree, who’s also a freelance editor, gave me a great tip in our one-on-one conference for getting critiques from people while bypassing the need for them to be any good at giving them. You simply hand them your manuscript and watch their faces as they read it. You see what emotions your story strikes, rather than hear their report about what emotions your story allegedly struck. (Obviously written critiques are useful too, yadda yadda yadda.) We didn’t get to watch Sheree’s face as she read our stories, but we didn’t need to. She was blunt, and appropriately so; one of my favorite instructors there, for sure.

Sheree listed a ton of resources for our class: 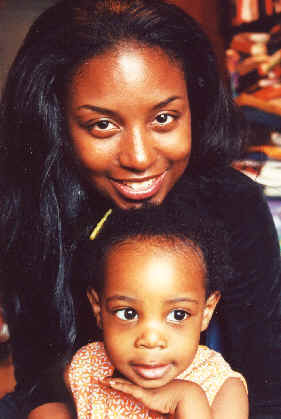 Week 5 found people guessing about Chuck Palahniuk, the Week 6 instructor, who was the biggest name and biggest wildcard. All the other instructors had either taught a Clarion before or once went to a Clarion themselves — and often, both. But Palahniuk hadn’t done either (though he’s returning to teach in 2012).

Fast forward three years and shift to a sandy orbital above San Diego, where 14 of our 18 classmates showed up for a week-long reunion at a house on (the celestial version of) Mission Beach. That’s more than 75% of the class after three years; that shows some serious bonding. (And our email list is still active.) Our venerable classmate Pam Rentz organized the whole thing — a herculean effort for which we rewarded her with a gift that included a signed picture frame. We all got along really well at the reunion, though the trippy reunion vibe was slightly present, as at all reunions. Same people, but different, but same, so who am I? That kind of thing. We all had dinner together most nights at this huge dinner table. Small groups of us also did some in-person crit sessions, which was really cool. 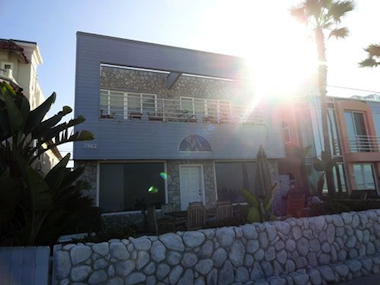 What happened there stays there 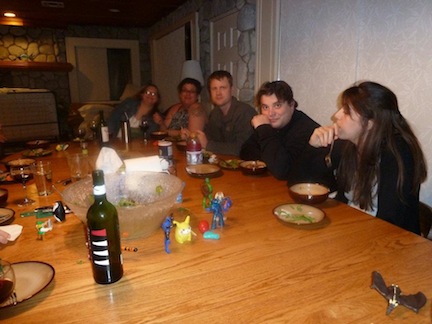 (Yours truly in black) 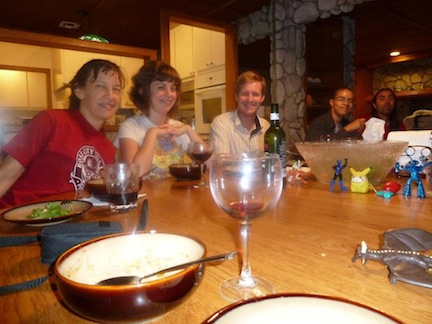 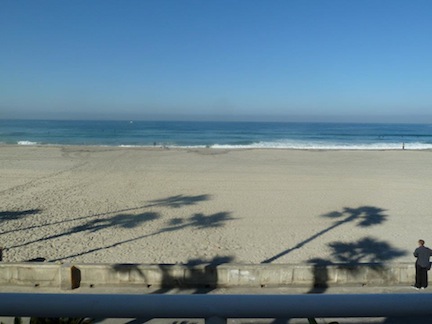 View from beachhouse! (via Carol Ryles)

You can find more CW08beach reunion pics at Pam’s dropbox.

I’m not sure what to conclude about my writing progress since Clarion West 2008. Though I haven’t finished much fiction, I feel good about my writing overall, but then again, I’m intrinsically an optimist. It’s reassuring to remember Cory Doctorow talking during Week 3 about it taking him several years after his Clarion West student year to finish a lot of fiction. But I don’t have to conclude yet; I still have 3 more posts in this series to go!

Clarion West 2008 – Part 7 of 10 by Douglas Lucas is licensed under a Creative Commons Attribution-NonCommercial-ShareAlike 3.0 Unported License. Based on a work at www.douglaslucas.com. Seeking permissions beyond the scope of this license? Email me: dal@douglaslucas.com.

This post is the seventh in a series of ten about my experiences at Clarion West Writers Workshop (Wikipedia) as a member of the 2008 class. I’ll talk about Week...