James McMurtry (Website, Twitter, Facebook) played at Dan’s Silverleaf in Denton, Texas, last Friday, June 29. I’d been looking forward to hearing him play long enough that when news of his show came across my screen I bought a ticket straightaway. His music sounds like hard work feels. Nostalgic realism, sometimes touched by a dreaminess you’re surprised to hear out of this rough-looking guy. From “Levelland“:

I found out about McMurtry by reading about his father, writer Larry McMurtry of Lonesome Dove and Brokeback Mountain fame (I’m fond of the his novel All My Friends Are Going to Be Strangers). That led to me finding one of his son’s best-known songs, the protest piece “We Can’t Make It Here”:

At the Denton show, his bassist Cornbread played with a classic Ampeg tone, a good heartbeat beneath McMurtry’s razor-sharp chords. Drummer Daren Hess kept the framework strong throughout. If my memory’s correct, guitarist Tim Holt joined the stage for the ninth song, “We Can’t Make it Here.” He stayed on for the remainder of the show (except when McMurtry played a solo song or two). Holt had a guitar teacher’s facility for putting the right licks in at the right times to top things off. The band grew louder as the night went on, the two guitars howling like a hard rock band’s, and they closed by jamming out at such volume (for a small venue) that the speakers’ lack of distortion surprised me; the mix of the instruments and the gear’s performance was perfect — a sound a band gets once their success allows for good equipment and their years of effort are consistently paying off. 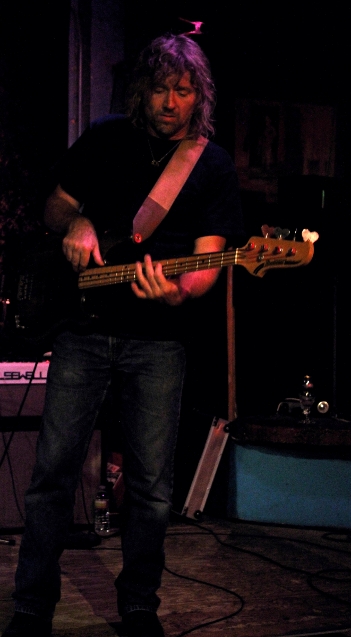 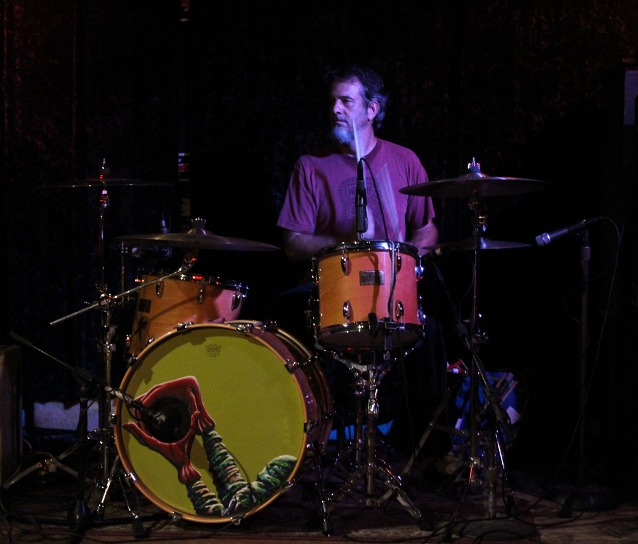 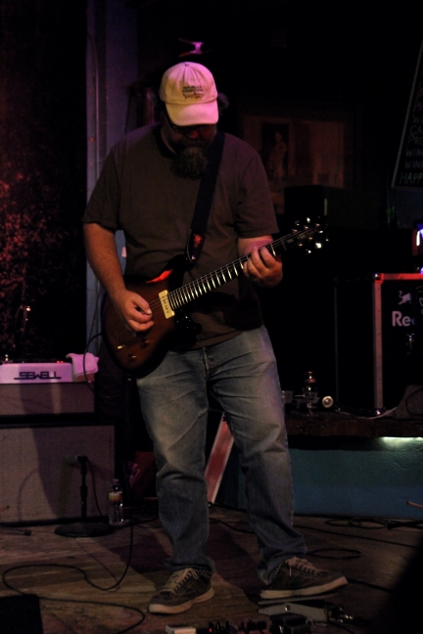 McMurtry has a great blog where he’s expressed his support for Occupy Wall Street:

With regard to Occupy and Law enforcement, mayors and college presidents seemed to be charged with giving the orders, at least officially, and they are subsequently charged with taking the heat when the execution of any of their orders goes terribly wrong and produces violence, physical injury, and embarrassing Utube. Politicians and Administrators don’t generally like controversy, it’s bad for careers. I don’t think such people would give orders that would likely result in some really messy controversy, unless enough pressure were brought to bear on them that they would fear for their careers anyway. I think there are bigger forces at work here. […]

I hear complaints that the protest is unfocused, that the protesters rejection of traditional hierarchy renders the movement ineffective as a political force, that it has no clear message. But I don’t see a problem yet. Occupy has been effective simply by coming into existence. No one organized Occupy ahead of time. A call went out and people showed up. They’re still showing up and their numbers and tenacity do have an effect. They get noticed. As for the message, one can google Keith Olbermann and hear the message, well written by Occupy and well read by Olbermann. Basically, occupiers want to take their country back from the banks and lobbyists. Their demands aren’t that different from those of the Tea Party. The two groups should join forces. They’re mad about the same conditions, though they disagree on where to put the blame.

The Tea party blames the government, Occupy blames the corporations that now own the government. Is there that much difference? Ultimately, we will all have to join forces if we are to call ourselves a nation. Right now, we are too polarized to be effective. We no longer recognize each other as Americans. The mayors and college presidents who call out the riot squads apparently don’t know that those are their fellow Americans getting beaten and pepper sprayed. Those are American sons and daughters. Those are American students, American librarians, American grandmothers, and American veterans, and when they get hurt, we all get hurt. The stick swinging has to stop. It serves no useful human purpose.

He also blogs about his observations during his travels. The little observations and the powerful sense of place that show up in his father’s novels appear in his songs, too; many of them are narratives of ordinary lives and the travails people experience. From “Out Here in the Middle“:

They broke into your car last night,
took the stereo
Now you say you don’t know why
you even live there anymore
The garage man didn’t see a thing,
so you guess it was an inside job
You made a reservation, a table for three
They said you’d have to wait,
somebody must have bribed the maitre’d
Boss got mad and he blamed it all on you
Food was bad and the deal fell through

(Chorus)
Well out here in the middle
you can park it on the street
Step up to the counter;
you nearly always get a seat
Nobody steals. Nobody cheats
Wish you were here my love
Wish you here my love

Reminds me of the town Missoula in Montana…

The show had a sad point for me in that McMurtry’s music was one of the things my ex-wife and I shared. (My divorce concluded last month.) You have something with someone such as a marriage or a business or a band, and then the structure isn’t there anymore; you remember good things and bad things, and it’ll always be that way, but you come across things that remind you of what used to be. And there’s nothing you can do about it. It’s hard to take.

Some more about McMurtry: NPR, a Rumpus interview, and this short clip from CNN:

Here’s the set list from the show (links go to official lyrics). I couldn’t figure out all the song titles from my notes, so you’ll have to pardon me for the blanks. If you know, leave a note in the comments.

James McMurtry in Denton, Texas, June 2012 by Douglas Lucas is licensed under a Creative Commons Attribution-NonCommercial-ShareAlike 3.0 Unported License. Based on a work at www.douglaslucas.com. Seeking permissions beyond the scope of this license? Email me: dal@douglaslucas.com.

One Reply to “James McMurtry in Denton, Texas, June 2012”