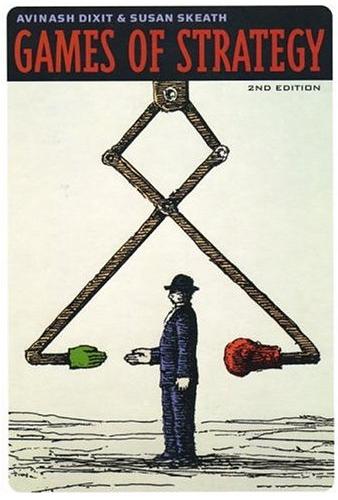 I have yet to read this book

A lot of people I’ve recently met center their lives around winning games, with scoring casual sex encounters as one of the main ones. In this Interview with Pickup Artist Chaser Clarisse Thorn, the interviewer, whom the answer-ready Clarisse just barrels over, splashing her slang about One-itis and strategic ambiguity and outcome independence, asks: “Must everything be framed in terms of a game? What if […] You want to opt-out of that worldview?”

Clarisse answers by saying everyone’s playing games regardless of whatever nobility they affect. 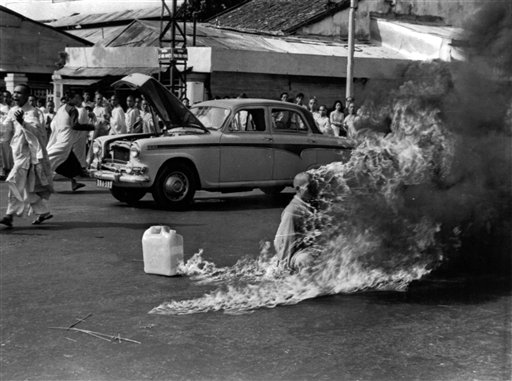 Protester nobly not playing a game; opting-out or super-rational opting in?

One guy I know who regards himself as a skilled pick-up artist (or, as their lingo has it, a PUA) denigrated a certain other person who likes to read books in public by saying the person reads books in public for the sake of appearing broody to women. Maybe the reader just likes to read books. Anyway, the guy writes off men who do not optimize for the degree of social success he regards as advisable by saying these broody idealists have lost so many social games that now they’re just bitter. (As if bitterness alone is damning.) That’s often partly true, I believe, but by not thinking further he’s foreclosing himself from understanding a dimension of human experience that for him just isn’t salient.

I think practicing idealists — let’s say good artists and whistleblowers for specificity — share something: they intentionally lose games in order to create new realities. Think about whistleblower and soldier Joe Darby who exposed the abuses at Abu Ghraib — which included the gruesome CIA-assisted murder of “ghost prisoner” Manadel al-Jamdi. As recounted in Phil Zimbardo’s excellent book The Lucifer Effect (p.476-77), Darby said the abuse he witnessed

“just didn’t sit right with me. I couldn’t stop thinking about it. After about three days, I made a decision to turn the pictures in. You have to understand: I’m not the kind of guy to rat somebody out….But this crossed the line to me. I had the choice between what I knew was morally right and my loyalty to other soldiers. I couldn’t have it both ways.”

After retaliation by Secretary of Defense Donald Rumsfeld, Darby “was whisked away, and eventually concealed in military protective custody for the next several years.”

“But I don’t regret any of it,” Darby said recently. “I made my peace with the decision before I turned the pictures in. I knew that if people found out that it was me, I wouldn’t be liked.”

“For many,” Zimbardo writes, “Darby’s calling attention to the abuses was unpatriotic, un-American, and even faintly treasonous. ‘Hero a Two-Timing Rat,’ ran a headline in the New York Post. [… Darby] was unable to accept [a Presidential Citation honor from the American Psychological Association] because he, his wife, and his mother had to remain in military protective custody for several years in the wake of the many retaliation threats they received.”

The game, the incentives lined up for Darby did not offer him victory for whistleblowing. He decided it was more important to create a new reality wherein injustice at Abu Ghraib had a better chance of being righted. These are the kind of people, I think, that pickup artists write off as merely being bitter. (Note the mainstream media’s dogged efforts to reduce idealist Bradley Manning’s motives to social frustration.)

Another guy I know defended Joe Paterno for not doing enough about the Penn State child sex abuse scandal. This guy said Paterno was being paid well, and when you are being paid well, you can’t be expected to risk things; he also said it with a wink wink, nudge nudge attitude that conveyed “Mature people in the know agree with me.” He is a popular, cheerful young man who is solidly liberal, solidly Democrat. His attitude that maturity consists in surrendering ideals belongs to the feel-good pickup artistry of political and social marketing: Romney’s RNC speech, Obama’s speeches, The Daily Show, TED Talks. The content is irrelevant here; the truth or falsehood or the value of a particular Daily Show joke or Romney claim is irrelevant here. What I am saying is that the way marketers prioritize making the audience feel good higher than the content is most dangerous. We have a world where marketing and appearance trump reality and truth-telling to such an extent that anyone who prefers the latter over the former is cast off as immature and bitter before they are even listened to. But how are you supposed to report CIA torture? With a laughtrack?

Good artists work the same way, though not in the conscious decision-making manner of whistleblowers. By a sort of instinct, good artists wind up rejecting the incentives the main of the art market offers them and create not ossified things but new and therefore real things. New realities. Creative writing is good to the extent that writers allow themselves to live fully while writing; that reality pays off in the voice or tone of the piece, which reminds readers not to trust in appearance but rather in reality. Somebody might be reading a book in public to remind himself of that. 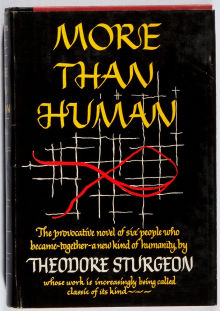 You could ask, though — what is the difference between perception-management (a negative term for a component of marketing: managing consumer or voter perceptions) and putting your best foot forward? After all, many of the techniques pickup artists teach are useful social skills to learn, just amped up and repurposed for sexual conquest. And though the horizon for contributing to humanity anonymously (see these to learn more) is improving, people pretty much still need to interact with others to get where they want to go.

When you put your best foot forward, you are primarily allowing people to perceive you of their own accord, rather than emphasizing your manipulation of consumer and voter perceptions. I say emphasize because of course people are always managing perceptions by picking out what outfit they want to look good in today, etc. But it is when appearance overtakes reality that you have a problem. Especially if you can no longer tell the difference between the two. The phenomenological difference between them in first-person experience is real, I think. I’m not entirely sure. More than one slightly ashamed person in a private moment has asked me how they can make themselves more authentic. Maybe I am bitter, but I never know how to answer that question, because it is a problem I’ve never really had.

I Hate Game Theory by Douglas Lucas is licensed under a Creative Commons Attribution-NonCommercial-ShareAlike 3.0 Unported License. Based on a work at www.douglaslucas.com. Seeking permissions beyond the scope of this license? Email me: dal@riseup.net.

I have yet to read this book A lot of people I’ve recently met center their lives around winning games, with scoring casual sex encounters as one of the main...