Today Salon published my and Amy O’Neal’s new article, “Portrait of a failed president: Inside the art of George W. Bush.” As is usual in this industry, they made some changes. So, some extra text and images here for you.

Below are the images buried in the article’s slideshow. (Except for Felipe Calderón, whose portrait I took a picture of, the images come from TheBushCenter’s Flickr.) 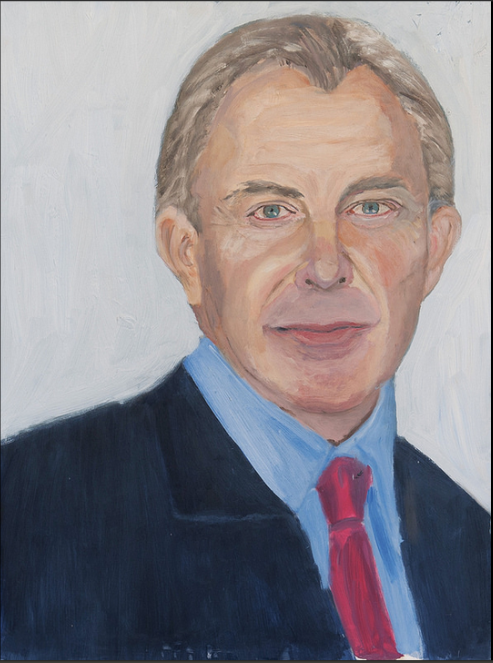 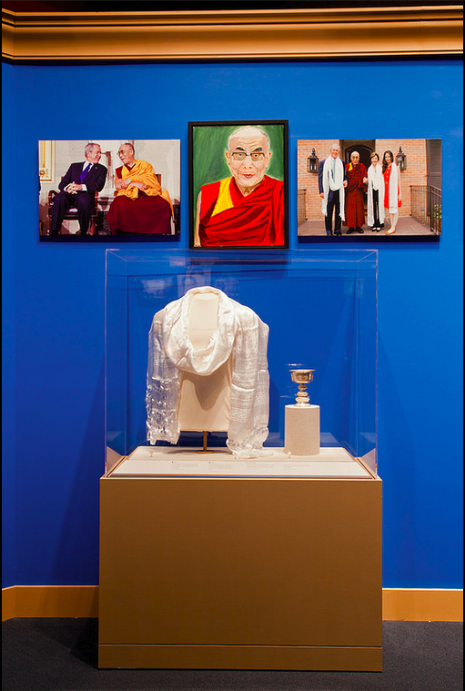 Portrait of the Dalai Lama 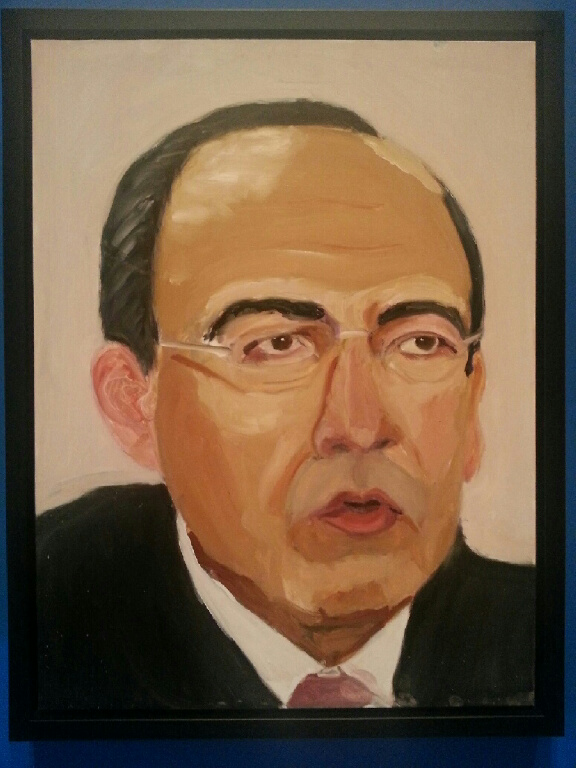 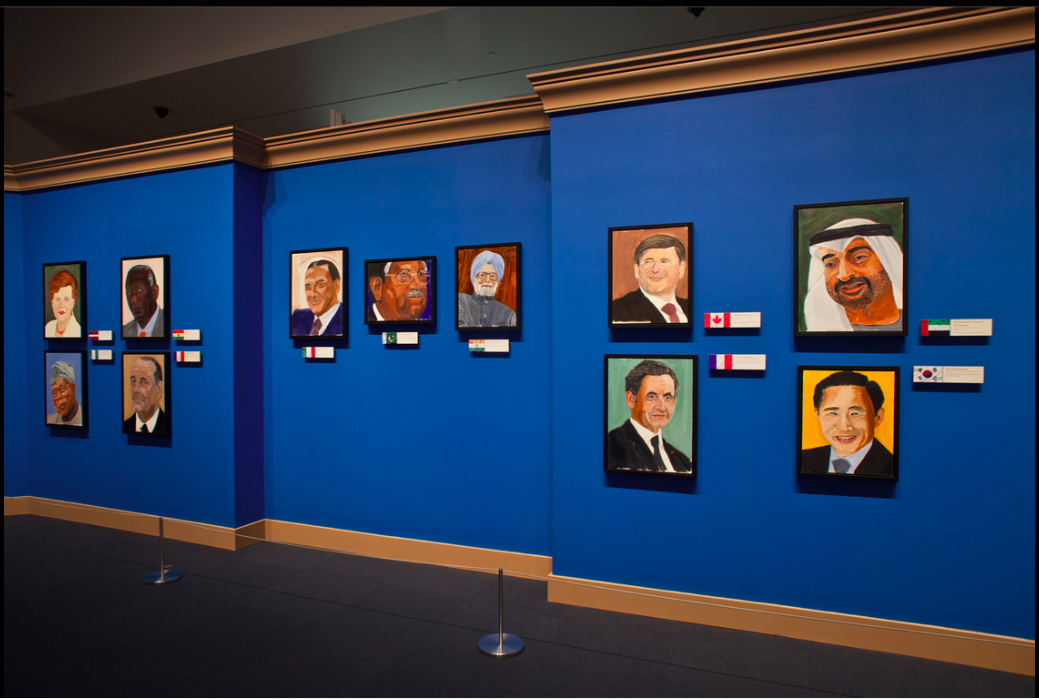 While Vladimir Putin’s false-flag bombings of his own Moscow remained in, George H.W. Bush’s connection to the JFK assassination came out. Here’s that text:

He once said he didn’t remember where he was when John F. Kennedy was assasinated, which is like saying you don’t remember where you were when Apollo 11 landed on the moon or the twin towers came down. As journalist Russ Baker’s thorough book Family of Secrets reveals, Poppy was actually in Dallas the day before and probably the morning of November 22, 1963, when military intelligence figures led Kennedy’s motorcade to its fate. Poppy was also a friend of George de Mohrenschildt, Lee Harvey Oswald’s handler, and closely tied to Allen Dulles, whom JFK removed from the CIA directorship. Not to mention Poppy’s ties to Texas oil barons whose tax breaks JFK wanted to end. Draw your own conclusions about this “gentle soul.”

Also I want to note that Bush raised more than half a billion dollars for the complex. Presidents raise money for their libraries while in office (as well as after), which means the fundraising is an opportunity for influence to be exerted. Even foreign leaders can give sitting presidents secret donations for their libraries.

Extra material for Salon George W. Bush painting article by Douglas Lucas is licensed under a Creative Commons Attribution-NonCommercial-ShareAlike 3.0 Unported License. It does not affect your fair use rights or my moral rights. You can view the full license (the legalese) here; you can view a human-readable summary of it here. To learn more about Creative Commons, read this article. License based on a work at www.douglaslucas.com. Seeking permissions beyond the scope of this license? Email me: dal@riseup.net.

Today Salon published my and Amy O’Neal’s new article, “Portrait of a failed president: Inside the art of George W. Bush.” As is usual in this industry, they made some...

The Value of the Stratfor Leak
Footnote re “in sync”