This weekend I’m attending the 8th ConDFW Science Fiction Convention, in Dallas, at the Crowne Plaza near the intersection of I-75 and LBJ. Blogging from my hotel room now, actually. 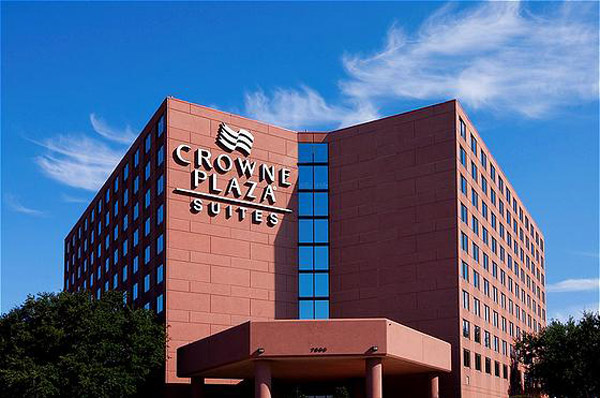 I don’t know anyone here (yet), although an intense man from The Luna Project told me about his (local) organization’s goal of leaving for the moon by 31 July 2012. I hope they make it.

Thus far I have sat through three panels: “Big or Small: Novel vs. Short Story Writing”; “Selling Yourself for Fun and Profit”; and, “The Aspiring Writers Panel.”

Here’s a picture I snapped at “The Aspiring Writers Panel.”

From left: Jim Butcher, Paul Black, Patrice Sarath, and David Weber. The eternal debate about art vs. commerce arose, floated around loftily, and crash-landed somewhere in the parking lot back behind the hotel. Enjoyable to watch, that one.

Mostly I heard stuff I’ve heard before, but it’s nice to be reminded of good advice from time to time. At one panel Teresa Patterson suggested a strategy for writing a short story (and I paraphrase mightily): find the climactic moment, figure out who’s present, and then work backward from there. Sounds like one good way to construct a tribal lay, as Kipling might say. The best line from all three panels: It’s true, a panelist said, “I committed space opera.”

I should go meet people now!

This weekend I’m attending the 8th ConDFW Science Fiction Convention, in Dallas, at the Crowne Plaza near the intersection of I-75 and LBJ. Blogging from my hotel room now, actually. It’s my... 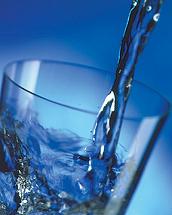 In mid-December I embarked on a one-man “science” experiment: I decided to drink nothing but water in order to find out what changes I’d experience in terms of energy level, mood, weight loss, etc. Along the way, I became curious about all issues H2O. This post — the first in a series on drinking water — will address how much water a person should drink and what you might gain from drinking more water. Later posts will take on issues such as tap water vs. bottled water, filters, and more. Trying to figure all this out, you can start sweating, a lot, and therefore need to drink more water. But don’t worry: I’m here to help, even though I’m by no means a doctor or an expert. If you’re really worried (or thirsty), go get yourself one of those.

The standard maxim: 8 glasses of water a day

You might know the standard maxim: drink 8 glasses of water (64 ounces) per day. Many say no one really knows where this recommendation comes from. But a 2/13/94 Chicago Tribune article by Bob Condor quoted an expert who claimed the maxim originated in the 1945 US RDAs, which said: “A suitable allowance of water for adults is 2.5 liters (83 ounces) daily in most instances” — somehow 83 ounces eventually morphed to 64 — and “An ordinary standard for diverse people is 1 milliliter [0.03 ounce] per calorie of food. Most of this quantity is contained in prepared foods.” (Emphasis added by me.)

Anyway, if the 1945 RDAs are correct, we shouldn’t try to take in 8 glasses of pure water a day — just 8 glasses’ worth of water counting all the beverages and foods we have. The water automagically contained in a grape or an apple (or indeed, a grapple) would count toward your total. Americans at large erroneously thought the recommendation called for 8 glasses of pure water because, a National Academy of Sciences expert said in the Tribune article, the emphasized sentence in the quotation nefariously escaped the notice of newsmakers and historians fairly effectively.

Institute of Health’s 2004 take on the standard maxim

The vast majority of healthy people adequately meet their hydration needs by letting thirst be their guide. The report did not specify the exact requirements for water, but set general recommendations for women at approximately 2.7 liters (91 ounces) of total water — from all beverages and foods — each day, and men an average of approximately 3.7 liters (125 ounces) of total water. The panel did not set an upper limit on water.

Should food count toward your total water intake?

No. Internet-spear-famed natural bodybuilder Tom Venuto argues in his e-book Burn the Fat, Feed the Muscle (which I’ve found helpful in general) that you should “always err on the side of too much water rather than too little” and thus follow the about-1-mL-per-kilocalorie guideline (from the 1945 RDAs and elsewhere) without counting the water in your food toward your total water intake goal. Well, natural not-a-bodybuilder Douglas Lucas can’t give you such a sophisticated argument, but can only rely on his own experimentation. (Actually, regarding water, Venuto’s probably in the same boat — groan. I goof on him only because he has bigger muscles than I.)

Here’s what I learned experimenting, generally drinking around 64 ounces of pure water a day (i.e. not counting the water in my food). If I manage to drink that amount, and especially if I drink some water right when I wake and right before sleep, I don’t have trouble with headaches. The dehydration headaches were only a vague problem before my experiment; such minor headaches, I assumed, might be normal — perhaps the result of not sleeping enough. Or something. Nope. Drink enough water, they don’t occur. ‘least for me. Personally, I haven’t noticed any of the other reported physical and psychological benefits of drinking enough water — improved skin, digestion, mood stability, weight loss, whatever — but then again, I’m not yet the most observant person. My energy level has only increased in the sense that without headaches, I feel more enthusiastic in general.

But if I simply assume the water in my food is enough, and stop drinking as much water, the minor headaches return.

Should evil caffeinated beverages count toward your total water intake?

Well, I don’t know the true extent of caffeine’s diuretic effect — that is, its effect of increasing urination and thus worsening dehydration — but I do know, with tautologically certainty, that evil caffeinated beverages are evil. So I say: don’t drink or eat caffeine in the first place! =)

Is thirst a reliable indicator of your hydration level?

Though this 2008 NPR article disagrees, I will stomp my foot down definitively and shout: “Thirst is not a reliable indicator of one’s hydration level.” There’s a phenomenon F.M. Alexander called “faulty sensory appreciation” (and sometimes, much more excitingly, “debauched sensory appreciation”). Just because you sense something — such as the apparently hydrated state of your mouth — doesn’t mean your sensations are telling you what you think they are. I’ve learned that if I’m (relatively) dehydrated for a long enough period of time, my ability to perceive my hydration level well will fall into disrepair, disrepute, dishonesty … it will become … debauched! But once I resume drinking enough water, my ability to accurately register my hydration level improves. Try this yourself if you don’t believe me (if you’re like most people, currently you’re dehydrated). Incidentally, the whole phenomenon of faulty (debauched!) sensory appreciation fascinates me.

After the release of the 2004 report, Bob Condor reprised his role at the Chicago Tribune of giving his watery take, and pointed out the American College of Sports Medicine said: Not so fast there, Institute of Health. According to Condor, the ACSM argued prolonged physical activity and/or heat exposure — e.g., switching climates — can “confuse” the body’s thirst response. Condor also mentioned some researchers theorize the pineal gland (formerly Descartes’ seat of the soul!), which controls thirst, works less and less well as we age. I say it’s all about debauched(!) sensory appreciation. People just don’t know they’re thirsty, because their thirst response has become rusty from disuse.

Obviously the game changes while you’re exercising or otherwise sweating a lot; I’m not sure how just yet. In general, though, in my experience, the 1 mL-per-kilocalorie guideline — which for me points to the standard maxim of 8 glasses a day — is best, so long as you do not take into account the water contained in food (which you shouldn’t), and so long as you do avoid caffeine (which you should). And don’t trust your thirst … it’s probably debauched. =)

So go drink some water!

In mid-December I embarked on a one-man “science” experiment: I decided to drink nothing but water in order to find out what changes I’d experience in terms of energy level,...