One Month Without Caffeine 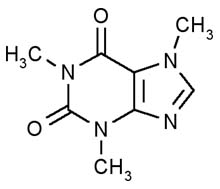 After giving up caffeine, I no longer have to worry so much about wiping out grogginess or appeasing headaches. No more rushing to the refrigerator or Starbucks or a gas station. I have much more energy. I get by fairly well on 6-7 hours of sleep a night instead of slogging through the day on 8-9. My mood stays more consistent, too.

Since caffeine is addictive, quitting it sucks. Temporary symptoms of caffeine withdrawal can include the infamous headache, irritability, nausea, sleeping a lot (your body finally catching up), and becoming just plain stupid (impairment in various cognitive skills, such as fuzzified concentration). I experienced all of these except nausea and stupidity — I am never stupid, because like Wile E. Coyote, I am a Super Genius.

I found caffeine withdrawal slightly difficult, but manageable. John Hopkins University maintains a fact-filled page on caffeine dependence. They say withdrawal takes 12-24 hours to set in — and it can set in even if you drink only a cup of coffee a day. Happened to me after about 16 hours. According to the page, symptoms peak 20-48 hours after abstinence. My symptoms peaked around day two and three. Caffeine withdrawal lasts a total of two days to one week or more, the page reports; for me, withdrawal lasted nine days. Your mileage may vary.

In the interest of complete transparency, I must admit that one day I forgot — really! — that chocolate contains caffeine, and ate a tiny bit; the effect was negligible, so I discount the incident entirely. (I guess for a split second I wasn’t a Super Genius.) You really have to pay attention to everything you consume (a good idea anyway), because just about everything has caffeine in it, including mate, guarana, and decaf coffee. If you drink a pot of decaf, there’s enough caffeine in there for you to notice.

Why should you quit caffeine? After all, some studies link caffeine to certain health benefits. For me, it’s about the energy boost: imagine spending more time enjoying what you want to do instead of feeling miserable and dependent on lugging around your latte or Diet Coke or whatever particular poison. What are you going to do if you go on a camping trip? Pop NoDoz?

Poison, ayup, and not that fun of one. Caffeine interferes with sleep by reducing total sleep time, making it harder to fall asleep, and decreasing sleep quality. To be fair, a sleep researcher named Dr. Dement — the coolest name for a scientist — argues in The Promise of Sleep a bit of coffee before noon won’t affect a night bedtime. Still, Mark Adams at New York Magazine writes (early 2008):

The United States Centers for Disease Control reports that sleep disorders are more pervasive than ever. Americans, on average, are getting 6.7 hours of sleep per night, the lowest amount since records have been kept, and are racking up an hour or more of sleep deficit per day. Sales of Ambien, Lunesta, and other prescription sleep aids have more than doubled in the past few years. “You have people drinking caffeine all day and taking sleeping pills at night,” [Laura] Juliano says[, American University psych professor and coffee researcher].

Sleep loss is increasingly seen as a major factor in the obesity epidemic. The sleep-deprived are more susceptible to depression and tend to have less control over their emotions. Sleep loss also weakens problem-solving and decision-making skills and, naturally, leaves a sufferer exhausted—all of which are conditions that caffeine is called upon to solve. “If we drink coffee all day long, it’s harder to sleep at night, and we need more coffee to get up and go to work the next morning,” says Lane. “The cycle repeats itself.”

Juliano and Roland Griffiths, a professor of psychiatry and neuroscience at Johns Hopkins, argue caffeine’s alleged benefits might be illusory. Quoting Adams again:

The escape from the clutches of withdrawal is a big part of what makes the day’s first cup of coffee so wonderful. “Feeding that dependence feels really good,” Juliano says. The implication: The positive feelings we associate with drinking coffee don’t represent a net gain in energy or alertness; they’re really the result of withdrawal maintenance.

When Griffiths and Juliano teamed up to review 170 years of caffeine research, much of which confirmed the drug’s reputation as a brain booster, they noticed a pattern: Most studies had been done on caffeine users who, in the interest of scientific rigor, were deprived of the stimulant overnight. Because caffeine withdrawal can commence in just twelve hours, by the time each study’s jonesing test subjects were given either caffeine or a placebo, they had begun to suffer headaches and fatigue. For the half that received the stimulant—poof!—their withdrawal symptoms vanished. The other half remained uncaffeinated, crabby, and logy, and guess which group scored higher on cognitive tests time after time? The boost the test subjects who got the caffeine felt may have simply been a function of having been deprived of the drug.

And a neat formulation from Adams’s article by James Lane at Duke: while caffeine can keep us awake, “it doesn’t make the brain any less tired.” 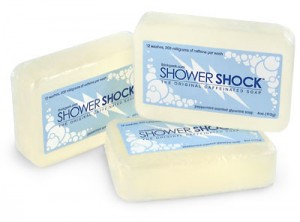 Clearly many of us are hooked on caffeine, so it makes sense for companies to add it to products to addict us. If you want to increase your dependence on caffeine, you can always absorb it through your skin first thing out of bed with Shower Shock: The Original Caffeinated Soap or Spazzstick: The World’s First Caffeinated Lip Balm. If that’s still not enough, wear caffeine-laced panty hose (link is to a .pdf with a description; no pic, unfortunately). I’m not making these up.

I still plan on increasing my energy level in other ways. For this month’s science experiment, I’ll drink only water: no alcohol, no Gatorade, and sadly, no orange juice. I don’t really expect much of a benefit in terms of increased energy — just in terms of fat loss — although some, such as Rob of formerfatguy.com, sings water’s praises for doing everything from increasing energy to aiding digestion. Others say toting around water bottles isn’t necessary. We’ll see.

If you want to quit caffeine, wean yourself off, or be bold and quit cold turkey. Improve your discipline! Establish a healthy habit! Check out Steve Pavlina’s how to quit caffeine for advice.

If you don’t want to quit, at least be festive about your coffee, like these folks on YouTube, who sing and dance JS Bach’s “Coffee Cantata” (BMV 211), a comic cantata composed in 1734. (Incidentally, JS Bach is one of my favorite composers.) One line from the piece: “If I can’t drink my bowl of coffee three times daily, then in my torment I will shrivel up like a piece of roast goat.” Be braver than that person! ;-)

I eliminated all caffeine from my diet last month. The month or so before, I drank it regularly in the morning — usually via a caffeinated smoothie and an energy...

As of today I’m cutting caffeine out of my diet. At least for a month (until December 15th). I’m doing it mostly{...}

In mid-December I embarked on a one-man “science” experiment: I decided to drink nothing but water in order to find{...}

18 thoughts on “One Month Without Caffeine”