Note: This post was updated Tuesday 4 February 2020, mostly to incorporate an updated version of my support letter. I changed “unusually severe” to “unduly severe” to better match the clemency consideration standards, I changed the reference to US citizens to US residents, and I added a line about our right to communicate, in order to connect Winner’s case with everyone else’s who’s being silenced anywhere in the world. 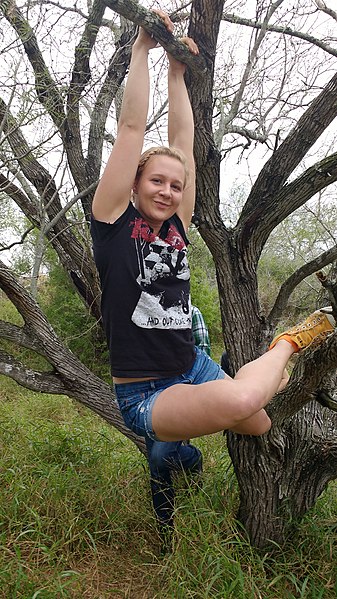 Especially in light of current news, you should remember Russiagate whistleblower Reality Winner, the Air Force veteran who in 2017 as an employee for a National Security Agency contractor leaked classified intelligence to The Intercept regarding Russian military hackers, in 2016, executing cyberattacks against more than 100 local election officials in the United States and against at least one U.S. supplier of software used to manage voter rolls in multiple counties. Computer security expert Bruce Schneier, a fellow at Harvard Law School’s Berkman Center for Internet & Society, wrote in a June 9, 2017 post on his website that the cyberattacks disclosed by Reality “illustrate the real threats and vulnerabilities facing our elections, and they point to solutions.” These cyberattacks also constitute evidence in former special counsel Robert Mueller’s “12 Russians” indictment from 2018 and in his Mueller report from 2019.

For The Public, an online and print news outlet in Buffalo, New York, I reported in person from Reality’s final, August 2018 hearing in Augusta, Georgia where she was sentenced to 63 months in prison, the longest term ever imposed on a federal defendant for a disclosure of national security information to the media. That article of mine tells a great deal of her story and explains the importance of her deed. It quotes human rights activist and author Heather Marsh explaining that evidence in the leak helped generate the public support necessary for the investigation into not just Russian interference in the 2016 U.S. election but more broadly into the nature of the world’s democracies today, an investigation that “could have quietly disappeared and the public would never have been any wiser.” 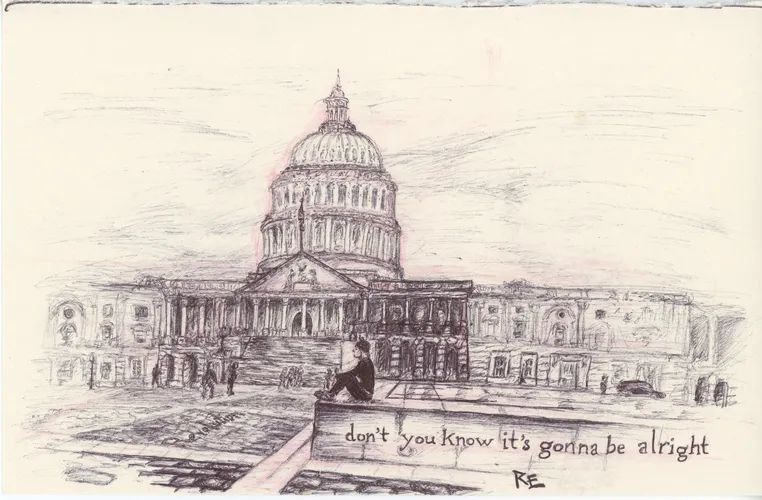 Now, about halfway through her prison term, 28-year-old Reality Winner will very soon be filing a petition for clemency. If granted, clemency would result in her early release from prison, similar to whistleblower Chelsea Manning’s successful clemency petition. Reality is a vegan and is amazingly maintaining that while locked up, in the face of oppression; her release would mean, among other things, that she could once again access healthy food in line with her beliefs. Because there’s a long line of clemency petitions to be considered, and because Reality’s release date is at this point 23 November 2021, it is unclear which president(‘s staff) will consider her petition and when.

I wrote a letter in support of Reality’s clemency petition. Below, I’ve embedded my one-page, signed letter as a PDF. Further below, I’ve put the body of my letter with links added. The embedded PDF of my letter doesn’t include links, and it isn’t possible to clipboard-copy text from it, so if you want either, please refer to the further below section of this post where the body of my letter is repeated. Reading my letter will give you more information about her case and why I think clemency is justified. Also I describe briefly how Federal Medical Center Carswell, the prison in Fort Worth, Texas where she is housed, has blocked my efforts (and CNN’s) to interview Reality in person behind bars.

Best of all, you can write a letter in support of Reality’s clemency petition. On 11 January 2020, her team had 4,206 letters of support, a little more than 84% of the way to their goal of getting 5,000 letters. Reality was the subject of Chris Hayes’ weekly podcast on 7 January 2020, which hopefully should assist with getting her more letters.

You can either quickly sign online a pre-provided letter at the StandWithReality.org website by giving your name and email address, plus your county and state, or you can write your own letter and email it in to Liz Miner. Instructions and more information about both options are available here: StandWithReality.org: Letter of Support for Clemency. To share that webpage quickly, you can use this shortened URL, which leads there: Bit.ly/RWSupportLetter.

In her 1973 short story “The Ones Who Walk Away from Omelas,” Ursula K. Le Guin describes a utopia built on the suffering of a single imprisoned person, and utopia residents who must confront that suffering only once and then decide whether to keep living in the wonderful city or leave. To a large extent, the Russiagate investigation is likewise built on a single individual now imprisoned. There remains an ethical imperative that this person, upon whose shoulders so much has rested, not continue to be ignored by so many and silenced and caged by the Bureau of Prisons.

I write in support of the clemency petition of Reality Leigh Winner, a Bureau of Prisons inmate, register number 22056-021. For The Public, a news outlet in Buffalo, New York, I reported in person from Ms. Winner’s August 23, 2018 hearing in Augusta, Georgia where Chief District Judge J. Randal Hall imposed a 63-month prison term on Ms. Winner. Department of Justice attorney Bobby L. Christine described the punishment as the longest sentence ever imposed on a federal defendant for a disclosure of national defense information to the media. This unduly severe punishment resulted from Ms. Winner, an Air Force veteran and intelligence contractor with no prior criminal record, sending to the media classified intelligence describing cyberattacks by Russian military hackers against over 100 local election officials in the United States and at least one U.S. supplier of software used to manage voter rolls in multiple counties. The cyberattacks took place just days before the 2016 U.S. elections. With great idealism, Ms. Winner gave everyone information required for self-governance, gave everyone necessary knowledge otherwise unavailable. That includes any voting vendor staff who, without clearances, would not have been able to access such protective classified information unless it appeared in the public discourse. Computer security expert Bruce Schneier, a fellow at Harvard Law School’s Berkman Center for Internet & Society, wrote in a June 9, 2017 post on his personal website that the cyberattacks disclosed by Ms. Winner “illustrate the real threats and vulnerabilities facing our elections, and they point to solutions.”

Ms. Winner’s unduly severe sentence and unfair treatment behind bars is unjust to her and indeed, to all. She has a long, admirable history of public service: donating to poor families, volunteering for Athletes Serving Athletes, and more. Her ongoing confinement blocks her from continuing this service to the wider world. She is unjustly denied broad communication with the public by Carswell Federal Medical Center staff, including Warden Michael Carr. The staff has forbidden journalists, such as CNN and me, from interviewing her in person. They have provided no meaningful explanation for her isolation from the mass media. For months, my requests for meaningful details, and my requests for negotiations to meet any Carswell Federal Medical Center concerns, were ignored or subjected to run-around. In her allocution, Ms. Winner demonstrated her intelligence and perceptiveness. Caging her incommunicado harms her and deprives the public of her gifts. Everyone globally, in prisons or whatever other cages, must have the right to communicate, including to appeal for help from the world, as directly as possible.

Ms. Winner took responsibility for her action’s criminality at her final hearing. While sentencing her, Judge Hall indicated he saw no evidence she will become a repeat offender: “the Court has no sense […] that there is a need to protect the public from any further crimes of the defendant.” As an inmate, Ms. Winner has pursued studies toward her college degree and has worked several jobs within the Carswell Federal Medical Center system. She has served roughly half of her 63-month sentence already, and she has not had a single infraction.

I firmly believe a commutation of Ms. Winner’s sentence is in the best interest of the United States, U.S. residents, and justice. She and her loved ones suffer each day she is kept locked up. I ask you to grant Reality Leigh Winner’s clemency petition and her immediate release from prison.

This blog post, My letter (and yours!) supporting Russiagate whistleblower Reality Winner’s clemency petition, by Douglas Lucas, is licensed under a Creative Commons Attribution-NonCommercial-ShareAlike 4.0 International License (human-readable summary of license). The license is based on a work at this URL: https://douglaslucas.com/blog/2020/01/13/letter-supporting-russiagate-whistleblower-reality-winner-clemency-petition. You can view the full license (the legal code aka the legalese) here. For learning more about Creative Commons, I suggest this article and the Creative Commons Frequently Asked Questions. Seeking permissions beyond the scope of this license, or want to correspond with me about this post otherwise? Please email me: dal@riseup.net.